abdullah
Admin
posted on 1 year ago — updated on 1 second ago
186
views
Facebook wades into a privacy minefield as it focuses more on wearables.

Facebook teamed up with Ray-Ban on its first pair of smart glasses.

When Facebook CEO Mark Zuckerberg revealed that the social network was working on its first smart glasses, he tried to dial down the hype. The glasses, he suggested during the Facebook Connect conference in September 2020, would be just a step toward a more ambitious project.

"They're not yet augmented reality glasses," Zuckerberg said, referring to technology that places digital images on someone's view of the real world. "They're on the road there."

On Thursday, Facebook's smart glasses -- under the Ray-Ban brand -- go on sale online and at some stores in the US, UK, Canada, Italy, Ireland and Australia. Called Ray-Ban Stories, the smart glasses shoot photos and 30-second videos with the press of a button. They also play music and podcasts and make calls. The glasses include a virtual assistant so you can snap photos and videos hands-free by uttering the phrase "Hey Facebook."

The release of its first pair of smart glasses, which start at $299, shows how Facebook continues to bet on augmented reality. Zuckerberg has enthused about a future in which augmented reality glasses will let people play games on their couch next to holograms of their friends or share an experience on social media without whipping out their phones. Though Facebook's smart glasses don't include AR effects, they move the company closer to that goal.

(Zuckerberg has been waxing on lately about the "metaverse," a virtual environment where people will meet up. His company also makes the Oculus headset, which relies on virtual reality, a technology that's more immersive than AR.)

Ray-Ban Stories will come with a charging case.

There's still a lot you can't do with Facebook's smart glasses, though, and those limitations underscore how far this gadget is from becoming the next big thing. The smart glasses, which need to be recharged every six hours with a charging case, don't let you browse Facebook, shop or play games.

"What we want to do with Ray-Ban Stories is to listen to our customers in order to understand where to go, but also to make sure that as we're building our roadmap, we are being responsible," Hind Hobeika, a product manager at Facebook Reality Labs, said in a video chat.

Facebook certainly isn't the first company to try to convince people they should wear a computer on their face. Google, Snap and Amazon have released smart glasses. And the average consumer passed on all of them. (Apple and Samsung are also reportedly working on AR glasses.)

Stay in the know. Get the latest tech stories from CNET News every weekday.

But analysts say smart glasses are part of an emerging market. In a report last year, ImmersivEdge Advisors forecast that annual sales of smart glasses will reach more than 22 million units by 2030. For some perspective, global smartphone sales totaled 1.3 billion in 2020, according to Gartner.

Ben Delaney, CEO of ImmersivEdge Advisors and lead author of the report, expects smart glasses to play a larger role in how people get directions, shop, track their fitness or learn in the classroom. Facebook executives teased the new smart glasses this week by posting videos of themselves golfing, skateboarding and fencing, among other activities.

Smart glasses also come with concerns about privacy, which Facebook doesn't have a strong reputation for respecting. Privacy advocates still worry the technology can be abused for surveillance. Google Glass faced backlash in 2013 from people who were upset at how tough it was to tell if the device was recording video.

Facebook is well aware of the privacy issues that come with smart glasses, demonstrating restraint with the gadget's features even though the product comes with two cameras and built-in microphones.

Facebook has a separate app to store and share photos and videos from Ray-Ban Stories to other platforms.

The glasses, for example, don't include facial recognition technology. People who use Ray-Ban Stories will also need a separate Facebook View app to share photos and videos captured on the device to other platforms. Hobeika said Facebook deliberately left out automatic sharing because the company wants to give users control over those decisions.

Facebook won't use media captured on the smart glasses or in the View app for personalized advertising, she said. If users choose to share photos and videos from the smart glasses on Facebook, Instagram, WhatsApp or other apps, the terms of services for those pieces of software will apply. Facebook, Hobeika said, doesn't use audio data for ads. Users will also be able to choose if they want to share additional data with Facebook, such as the number of videos taken and their length, to help improve the product.

It will likely take time for people to become comfortable with glasses recording photos and videos. Early adopters of Google Glass were derisively called "Glassholes."

To help generate acceptance, Ray-Ban Stories include a white LED light visible from 25 feet away so the wearer and people around them know when photos and videos are being captured. Some users might also be wary about sharing even more photos and videos with Facebook, a company that has been plagued with several privacy scandals.

Facebook includes tips in the View app and on a website so people who use the smart glasses know that recording in bathrooms or while driving are big no-nos. "Don't use your smart glasses to engage in harmful activities like harassment, infringing on privacy rights, or capturing sensitive information like pin codes," one of the tips states.

Facebook said it consulted with groups including the Future of Privacy Forum, National Network to End Domestic Violence and the LGBT Technology Partnership as it was working on the smart glasses.

Erica Olsen, director of Safety Net at NNEDV, said the group along with Facebook had concerns the glasses could be used to capture images or videos of people without their consent. An abuser could share that content in a way intended to cause harm.

"We already see this common tactic of abuse and we know some people will misuse any type of technology they can," Olsen said in a statement. "We hope the opportunities for misuse will be limited because these are glasses and the recording functionality will be fairly obvious to others."

Even so, some privacy experts say Facebook's smart glasses could be misused in ways the company can't yet imagine.

"Inevitably, these glasses will be used by consumers in ways not intended by the manufacturer," said Jeremy Greenberg, policy counsel for the Future of Privacy Forum. "It will really be up to the developers to respond to those alternative uses in real time."

Ray-Ban Stories also function as a regular pair of sunglasses.

The price could also prompt prospective buyers to think twice about purchasing a pair. Ray-Ban Stories can function as regular glasses or sunglasses, but the price goes up accordingly if you add prescription or polarized lenses.

ImmersivEdge's Delaney says Facebook has its work cut out convincing consumers it's the right company to make smart glasses. Though the social network has hardware products, like its Portal chat tool and Oculus virtual reality helmet, other companies have more experience.

"There are so many other companies that know how to do hardware and software better than they do," Delaney said.

Even if Ray-Ban Stories flop, analysts say Facebook will learn what does and doesn't work for consumers. That knowledge will be useful to its other platforms.

"For a company as wealthy as Facebook, there isn't much downside," said Lisa Ask, vice president and principal analyst at Forrester.  "It's still kind of a Wild West right now. Nobody's had a breakthrough product." 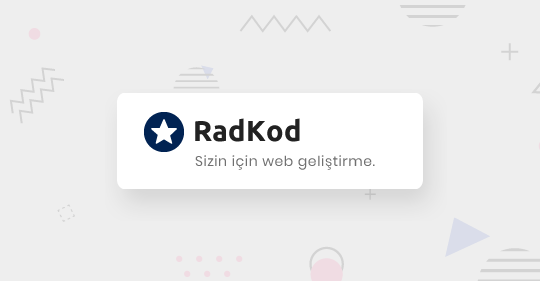